What will be the true impact of IoT?

Many have tried, but nobody can tell …
The IoT may significantly affect many aspects of the economy and society, although the full extent of its impacts remains uncertain. As always with new technologies, many observers predict that the growth of the IoT will bring positive benefits through enhanced integration, efficiency, and productivity across many sectors. Significant impacts may also be felt more broadly on economic growth, infrastructure and cities, and of course on individual consumers. However, both policy and technical challenges, including security and privacy issues, might impact the growth and impact of IoT’s innovation. 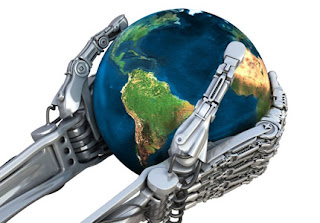 Let’s be clear, the IoT will contribute significantly to economic growth over the next decade, but the predictions vary substantially in magnitude and let’s be honest some business cannot be counted as growth but is merely a must have upgrade or shift towards a newer “technological platform” to enable business continuity.
With the IoT unlimited possibilities arise to enhance the quality of our lives, but we have to be cautious when it comes down to the figures … . The current global IoT market has been valued at about $2 trillion, with estimates of its predicted value over the next five to ten years varying from $4 trillion to $11 trillion. Such variability demonstrates the difficulty of making economic forecasts in the face of various uncertainties, including:
In a few years, and it’s already happening one step @ a time, the IoT will fundamentally transform the way people and things interact with each other in a real-time and ongoing loop of information. Companies will have to change the way they do business, the shift towards other competences, services & sales channels will be inevitable to stay alive and is the biggest challenge.
Posted by Bart at 10:02 am No comments:

Do feel free to add or correct if you feel like ... 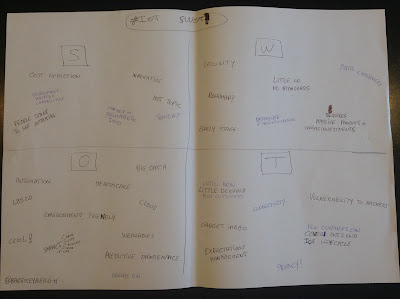 I will write the how's and why's on this in the coming days.
Posted by Bart at 6:00 pm No comments:

The opinions expressed herein are my own personal opinions and do not represent my employer's view in any way.